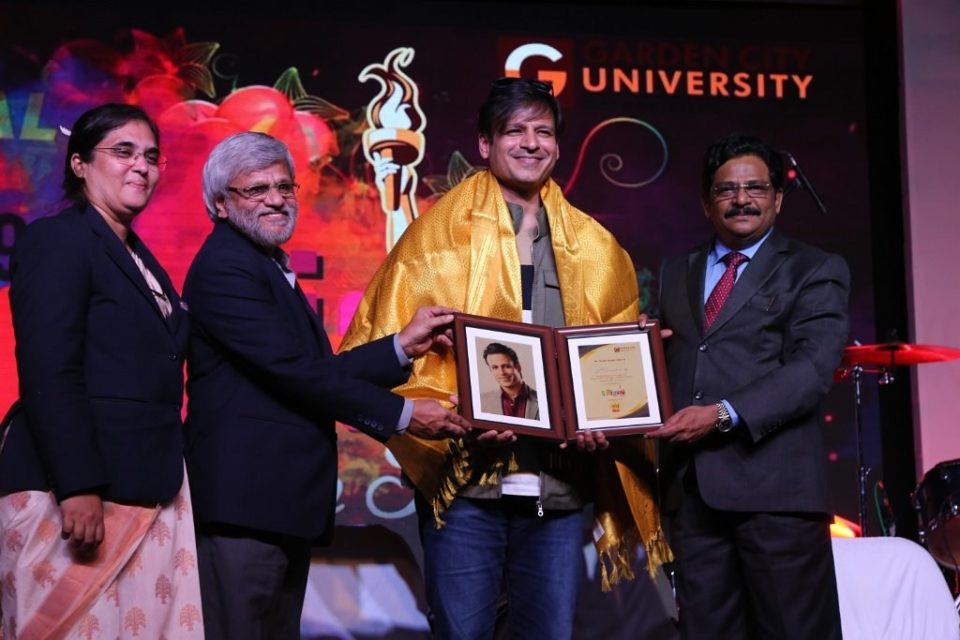 Garden City Education Trust was established in 1992 by Dr. Joseph V.G., In 2013, the Government of Karnataka passed the “Garden City University Act”, taking into consideration the merits of the Garden City Education Trust. Every year, Garden City University organizes its annual extravaganza Gardenia with stimulating themes. Gardenia provides students with a platform to showcase their skills and talents. It helps them to broaden their horizons in every sphere. Every year the themes draw parallels with current trending topics and global changes. The 24 years journey of Gardenia has been nothing short of a uniting festival for the youth. Therefore, the 25thedition of Gardenia with the theme ‘Woman First’ strove to integrate and send a positive message to the youth.

A three-day-long extravaganza commenced from 29th August to 31st August. It was full of events that kept the brilliance of the students engaged in organizing the gala event. From keynote addresses from revered and distinguished personalities in various fields to stimulating and captivating creative performances and competitions, Gardenia aims to be bigger and better with every passing year.

A perfect blend of performances, management and entertainment, the first day of the fest included the inauguration, introduction of the various departmental flagship events and the welcome of the cast and crew members of the Kannada film Nanna Prakara. Garden City University also welcomed Ms Mayuri Kyatari, an Indian film actress and model. She was nominated for IIFA Utsavam Award for Best Performance in a Leading Role – Female. The GCU band also gave a captivating and exuberant performance. The flagship events are being conducted by the departments of Media Studies, Psychology, Commerce and Management, Life Sciences, Tourism, Languages, Fashion and Apparel Designing, Hotel Management, Physiotherapy, Computational Sciences and IT. Each department hosted the second day of the extravaganza, which started with more beguiling and enthralling performances. The University joined hands in welcoming Mr. Ashutosh Chopra, also known as ‘Strongman’ who performs stunts and feats of strength for over hundred thousand school and college students, prisoners, juveniles, international conferences, cultural events, and many more all around the world. There were performances by in-house dance groups. The fashion show, prepared, designed and choreographed by the University students were vibrant and scintillating. Both the days saw various schools and colleges compete for accolades in assorted competitions organized by the various departments of the University.

It was a moment-to-remember for all the Gardenians and students from various colleges and universities from all across Karnataka.

Garden City Education Trust was established in 1992 by Dr. Joseph V.G.. The Trust began its operations with Garden City College of Science and Management Studies which has an “A – Grade”, the highest conferred to an educational institution, when assessed by the National Assessment and Accreditation Council (NAAC) – the premier accreditation body under the UGC consecutively in three cycles of accreditation. These institutions are ISO 9001:2008 and ISO 14000:2004 certified. In 2013, the Government of Karnataka passed the “Garden City University Act”, taking into consideration the merits of the Garden City Education Trust. The Garden City University Act received the assent of the Governor of Karnataka on 26th March 2013 and was published in the Karnataka Gazette on 12th April 2013. A new university campus is being developed in a lush green area spread over 50 acres of land, adjacent to the Volvo manufacturing plant. This is a part of the 150 acres township envisaged by Dr Joseph V G which would have Knowledge Parks, IT and BT Parks, Hotels and Convention Halls, Shopping Malls and Residential areas.

Our vision and belief that social development is an avenue for nation building, is inculcated through our approach and our policies.

BEST FOR, a Greece Based Lifestyle Brand Launched in India