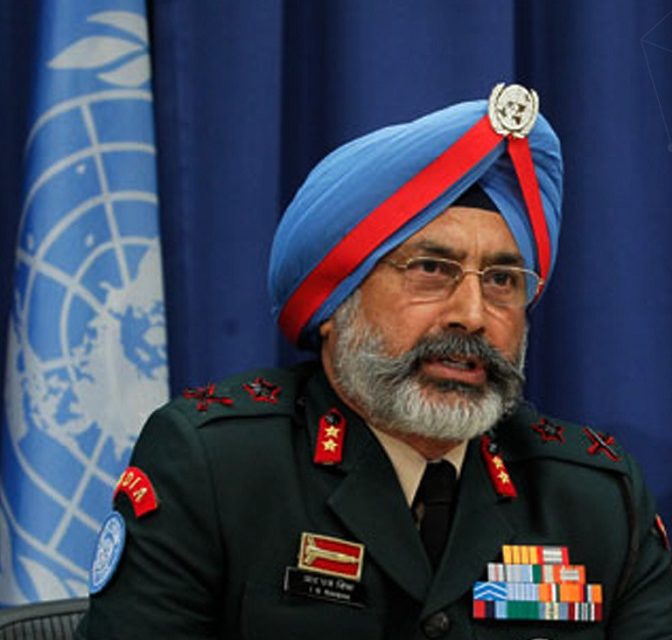 TAC Security, the global leader in Information & Cyber Security based in the United States and India, today announced Lt General Iqbal Singh Singha as a Chief People Officer in a bid to strengthen its leadership team.

Lt General Singha brings in the extensive command experience and knowledge attained through prestigious and challenging positions held at national and international level in his distinguished career spanning nearly four decades. From 2003 to 2005, he served as Chief Logistics Officer with the United Nations Mission in Eritrea and Ethiopia. During the Kargil War, he commanded an active infantry battalion on Line of Control. He was the General Officer Commanding in Gujarat and Rajasthan when PM Modi was the Chief Minister.

Lt General Singha was the Head of the Mission and Force commander at the United Nations Peacekeeping mission at Golan Heights during the beginning of the Syrian Civil War from 2012 to 2015. With expert negotiations and mediations, he was able to keep peace between Israel and Syria and got 180 peacekeepers released from captivity of armed opposition groups.

Singha will be responsible for all the human resources operations, people transformation and talent acquisition.

Lt. General Singha said, “It is a great privilege to be working with a company which is a global leader in information and cybersecurity. Dedication, passion and innovation of TAC Security’s workforce has helped the clients grow securely. Working with young people is likely to reinvigorate me and make me stay young in my mind and I will ensure to make TAC security, the best cyber security company to work with.”

TAC Security is strengthening the top leadership. While announcing the appointment of Singha as Chief People Officer, the company had said the new organizational roles will strengthen its management team.

TAC Security is a leading and trusted cyber security-consulting partner that specializes in securing the IT infrastructure and assets of the leading enterprises and governments globally.

TAC Security – a cyber security startup empanelled by CERT-In, Ministry of Information Technology, Govt. of India. Helping the companies like – BhartiAirtel, Reliance, National Payment Corporation of India (NPCI), NSDL and various Government Agencies, etc. to achieve confidence in the security of their IT Infrastructure.