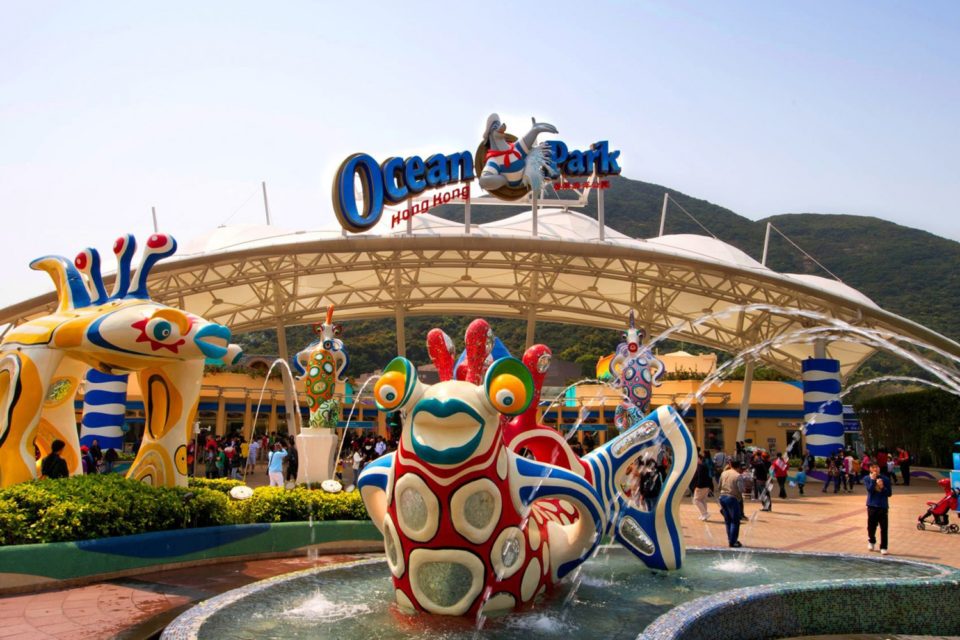 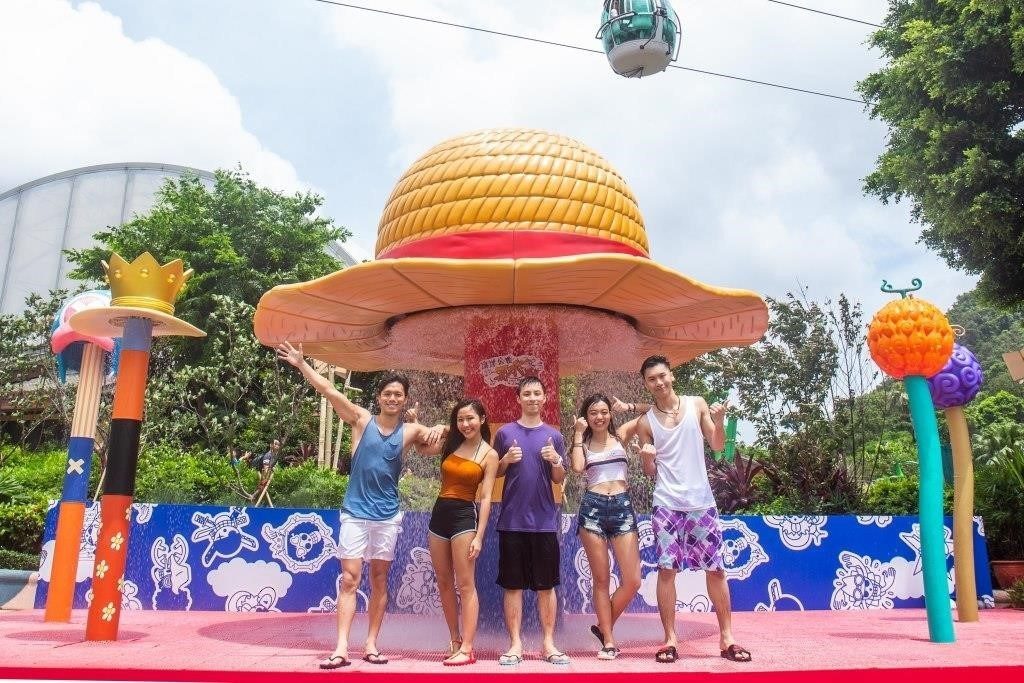 The classic scenes from One Piece including the “Thousand.Sunny’s Figurehead”, “Bounty Posters” and “Luffy’s Straw Hat” will immerse everyone in a dynamic summer celebration.

The water battle party features seven ‘One Piece-themed’ water attractions. In the epic Battle of Marineford at ‘Ultimate One Piece Water War’, guests will pass through a mysterious waterfall, a water jet tunnel, a water cave, a jet maze and other challenges with water guns in their hands, all the while getting soaked from head to toe thanks to the Marines’ water cannons and sudden attacks.

More interactive water elements are featured at the ‘Bounty Posters’ that give fans a taste of life as a pirate with a bounty on their head, and the gigantic ‘Luffy’s Straw Hat’ that leaves guests screaming with excitement from cool water splashes. 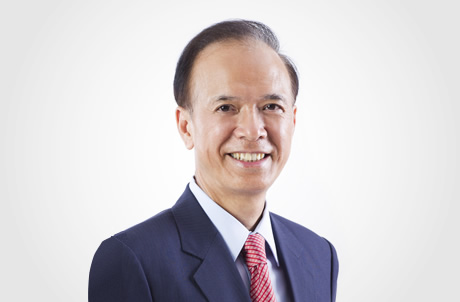 What’s more, guests can visit ‘Thousand Sunny’s Figurehead’ for classic One Piece scenes about setting sail for the Grand Line. Those who want to meet One Piece characters can take advantage of photo opportunities with Luffy, Chopper and more at the ‘Straw Hat Crew Meet-Up’. Last but not least, the energised dance moves and water surprises from the ‘Splashtastic Summer Dance Party’ will immerse everyone in a dynamic celebration.

Kids can also become junior pirates at the Ocean Park Summer Water Battle, and join Luffy and his crew at the ‘Little Pirates’ Splash Zone’ and ‘Little Pirates’ Foamy Fun Party’ to deepen their friendship with fellow pirates while surrounded by water and foamy bubbles.

Matthias Li, Chief Executive, Ocean Park Hong Kong, said, “This year’s Ocean Park Summer Water Battle presented by SKECHERS invites guests to join the largest ever One Piece-themed event in Hong Kong. With several creatively designed water attractions and classic scenes from One Piece to welcome the ‘Great Pirate Era’, we’d like to celebrate the power of friendship and our guests’ dreams. The Park has spared no effort in recreating the water battle scenes. Along with the One Piece-themed food and beverages at Park restaurants and kiosks, exclusive collectables at our souvenir shops and game booths, we hope to create amazing, fun-filled surprises for guests and One Piece fans.”

Ocean Park Hong Kong is also presenting the city’s first-ever VR free fall ride, The Abyss – VR Space Voyage. As guests put on VR headsets for the upgraded ride, they will see breathtaking views of outer space and experience the adrenaline rush from free fall during their mission to Saturn’s largest moon -Titan.

The story is set in the reality of Earth facing irreversible environmental issues, such as climate change, that lead to the exploration of a new habitable place in the universe. As members of the Ocean Park Mission Titan Team, guests will be launched into space to investigate Titan. A mission briefing video featuring world-renowned aerospace engineer Dr Aprille Joy Ericsson and pre-trip interactive games offer insights into space and the challenges of space travel, furthering the Park’s long-standing mission on providing world-class edutainment experiences. (Passengers must be aged 13 or above and over 132cm tall to ride on The Abyss – VR Space Voyage.) 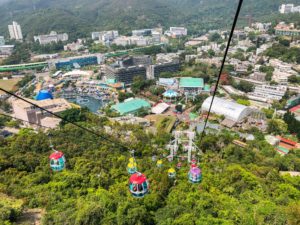 Ocean Park is Hong Kong’s unique home-grown theme park with a heritage of delivering family fun and fond memories. Since its opening in January 1977 as a non-profit organisation, Ocean Park has developed itself to be a world-class attraction connecting people with nature, and gained consistent recognition for its animal husbandry, research and relationship with the community. The Park has successfully transformed into a premier international resort destination with the launch of the Hong Kong Ocean Park Marriott Hotel in October 2018, presenting guests world-class hotel accommodation alongside panoramic views of the southern part of Hong Kong Island, unique thrill rides, animal encounters, attractions with local flavour and a vast array of culinary choices – all in one destination. Hong Kong Ocean Park Marriott Hotel, a city resort hotel with 471-room located in Ocean Park and adjacent to the MTR station, presents a full suite of resort and business facilities. More than 140 million people have visited Hong Kong’s premier park since its inception, and Ocean Park has remained committed to offering adults and children experiences that blend entertainment with education and conservation. Part of the proceeds from Ocean Park admission tickets and some retail items will go to Ocean Park Conservation Foundation, Hong Kong, to support its wildlife conservation projects. Ocean Park is the 2012 recipient of the highly coveted and prestigious APPLAUSE AWARD, presented by Liseberg Amusement Park. Recognised by the attractions industry worldwide, the award is presented at the International Association of Amusement Parks and Attractions (IAAPA) Attractions Expo every other year in honour of a theme park for its excellence in management, operations, and creativity. Ocean Park is the first theme park in Asia to win this international award since its inception in 1980.