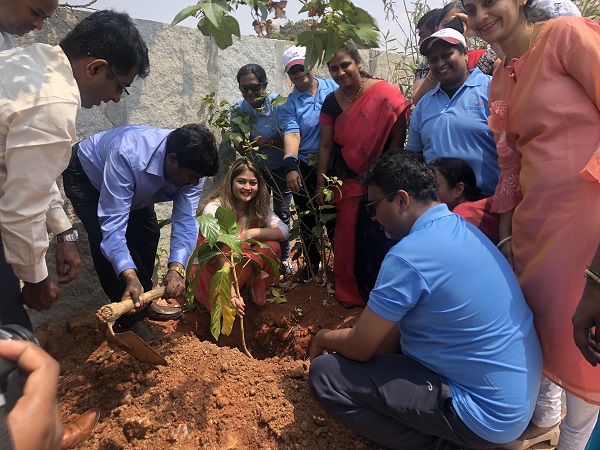 Century Pai Foundation adopted Channahalli village near Chikkajala in Karnataka for its flagship Corporate Social Responsibility (CSR) initiative. The 15 month project was planned for holistic development of the entire village, comprising 1200 dwellers and 300 households, through various infrastructural and community interventions. The initiative was executed in 5 phases such as Project Aarohana focusing on education, Project Aarogya on health, Project Hasiru on waste segregation, management and improving green cover in the village, Project Vichaara emphasizing on local governance and Project Shakthi focusing on creating awareness on bank operations and government schemes. 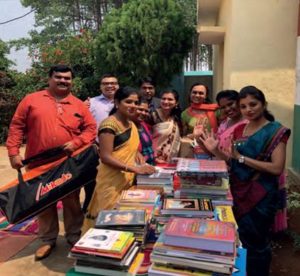 Post completion of the project, there has been a 50% increase in the green cover in and around the village, 97% increase in adult literacy, and 100% bank accounts opened for all households. School dropouts also reduced by 100% over a period of time and 60% of the total villagers benefited from the two medical check-up camps conducted for general health check-up which was supervised by doctors with various specializations.

Speaking on completion of the project, Ms. Vidya Pai, Trustee, Century Pai Foundation said, “There has been progress in segments of Channahalli due to various planned programmes. The overall infrastructure has seen improvement and many initiatives regarding education, employment, social forestry, clean environment, awareness on health have been successful. We look forward to continue more interventions in the village for another year centered on skilling of the youth in the village to boost employability.”

The CSR initiative began with volunteers from Century Real Estate distributing secondary and digital infrastructure like Kannada medium books for Channahalli Government School for classes 1-8 and children’s toys for Anganwadi. The Foundation also provided digital education aids to the students in Kannada medium like CDs on science, technology and mathematics. A new stage was constructed in the school premises with colorful show plants.

One of the significant measures that saw a favorable response and noteworthy results was adult literacy. 101 adults learned to sign their names out of 144 adults in the village who had minimal knowledge of how to read or write. More women volunteered to educate themselves which in turn helped them to strengthen their self help group record books. 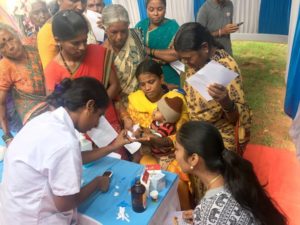 As part of creating awareness about nutritional benefits, villagers were encouraged to initiate backyard kitchens. Different varieties of fruits and vegetables seeds like tomato, methi, brinjal and palak were distributed and have been successfully cultivated in all backyards of the households to promote an organic lifestyle. More than 150 trees were planted at various places around the school, village surroundings and houses to improve green cover. The Foundation also distributed two dustbins per household to promote segregation of waste at the source and create awareness on its benefits.

Century Pai Foundation was started during January 2013 and P. Dayananda Pai and P. Satish Pai Trust were merged with the Foundation. Century Pai Foundation contributes to enormous activities like educational and medical institutions, marriage of poor girls, mid-day meals to school children and facilitation of scholarship-funded education to deserving but poor students.

As a group, Century Real Estate is involved in associated sectors such as hospitality, healthcare and education. Century holds the unique distinction of having bought land on MG Road for INR 5 per sq. ft. where current market value is about INR 40,000 per sq. ft. Century projects include finest plotted developments and premium luxury condominiums located in and around Bengaluru, price range starting from INR 30 Lakh to INR 13 Crore.